Oklahoma is rubbin off on me big time! I love it here though. The people are so nice and receptive to the gospel. It has been so hot here all week! Its been in the 90's and Saturday it got up to 96! Whew! This week I've been losin weight because it's so hot outside. Also our area is approx. 120 square miles so we bike anywhere from 15 to 25 miles every day. A majority of it is farm land but there's still people that need the truth there too! The Ward here is amazing. They are so focused on missionary work. Bishop Ketcher is on fire and has several new people for us to teach. The work is truly hastening and I love being a part of it. President Walkenhorst told us about an apostle that came last year to speak to the whole mission. He said, "The south with soon explode with missionary work! The people here will flock to the True Church because they will not be able to stand their own preachers!" Wow!! So amazing! I could not believe it when he said this. I think that we are just beginning to see the start of this explosion. The members here are doing more work for the missionaries than we can handle! It's a dream ward for missionaries! It's keeping us busy and bringing many souls to the truth. A recent convert here is goin to the temple to do baptisms for the dead on Wednesday so me and Elder Staheli got permission from president to go with him!! Any excuse we can find to go to the temple! The work is so strong here and the members make all the difference! I love it! I love the people, I love the work and I love this gospel. I love that I now have the wonderful opportunity to share it with others! Its definitely not easy but it's worth it. I left my family for 2 year so the people of Oklahoma could be with theirs for eternity. How amazing it is to see the gospel work wonders in the lives of others. I hope y`all are taking every chance you get to share your beliefs with others. You never know who the Lord has been preparing to receive the gospel. Remember that the Lord loves all of us and wants us all to return to live with him again. Trust me! I know it can be hard but its so worth it!

With lots of love from Yukon Oklahoma!
Elder Walker
Posted by Unknown at 10:39 PM 1 comment: 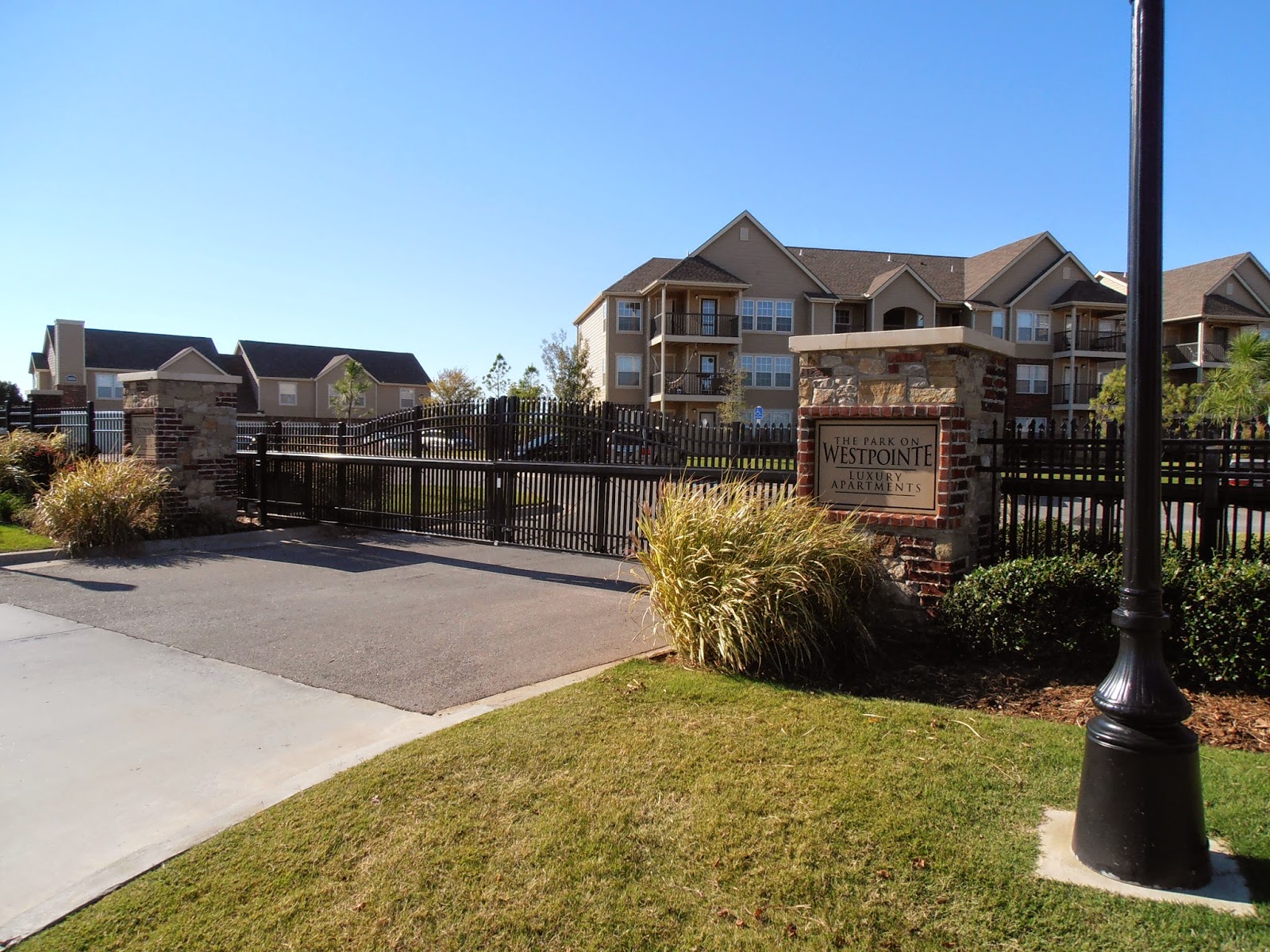 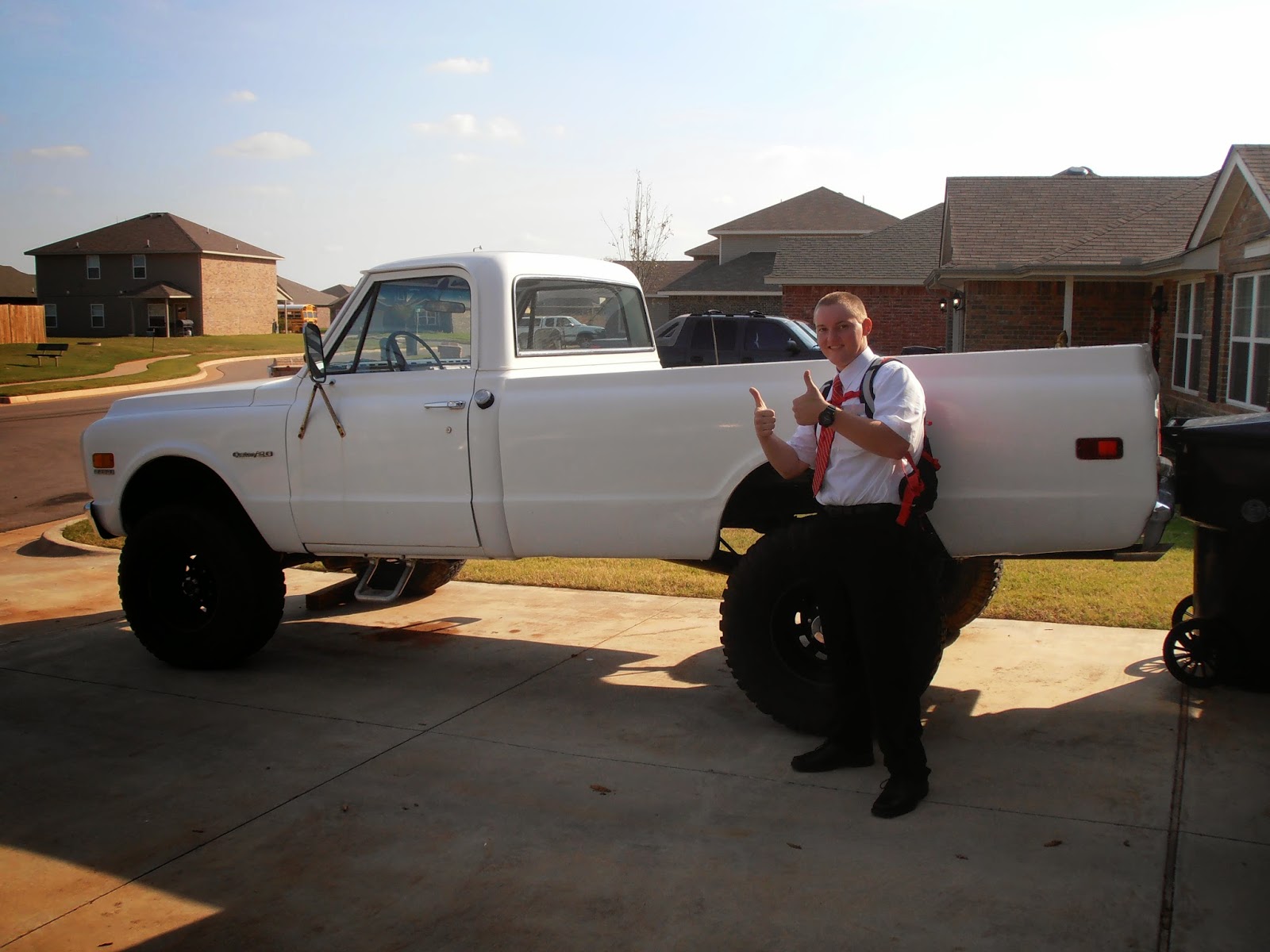 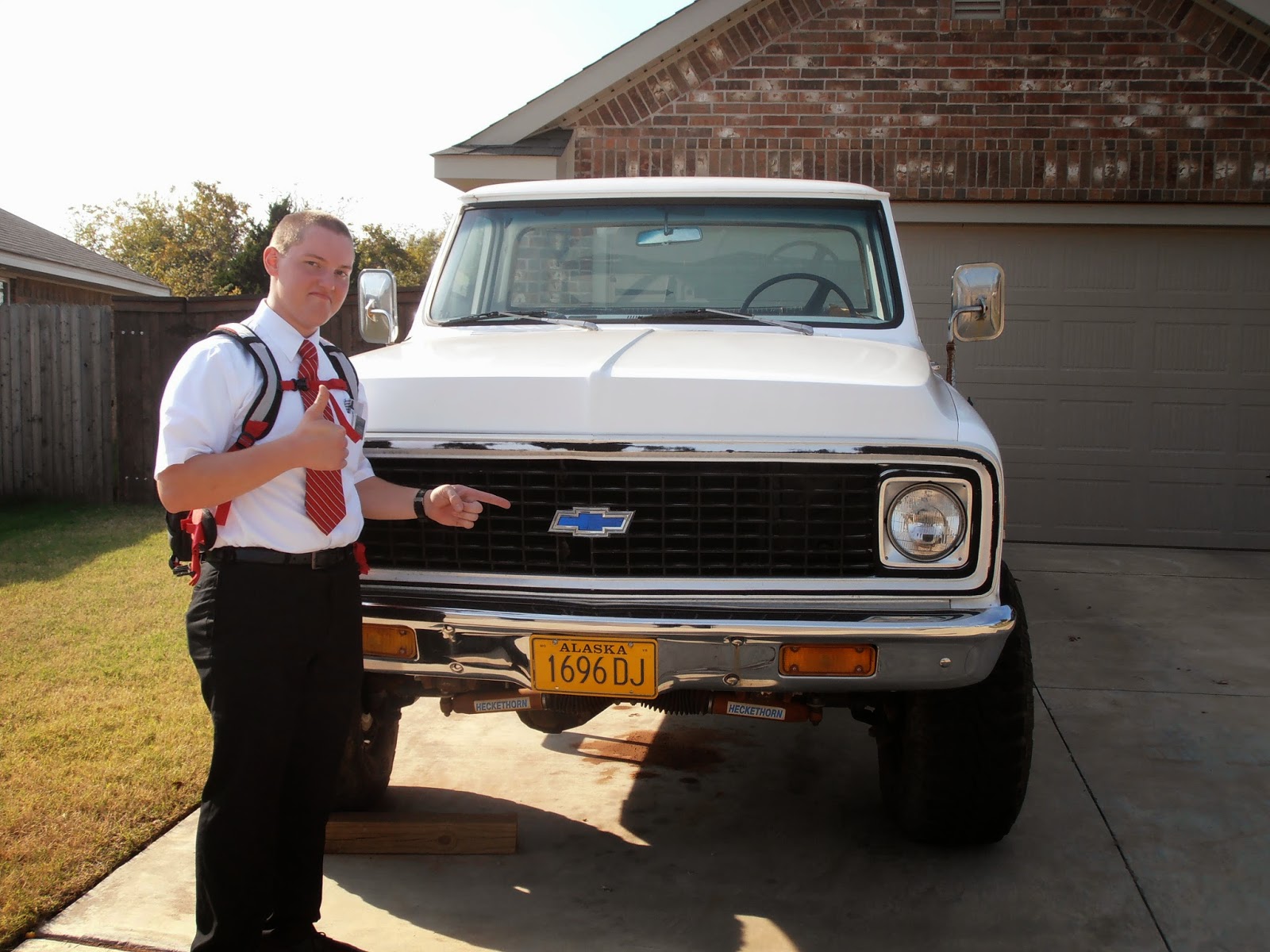 No, it's not a mission vehicle even thought he would love it.
Nice truck!
Posted by Unknown at 10:30 PM No comments: 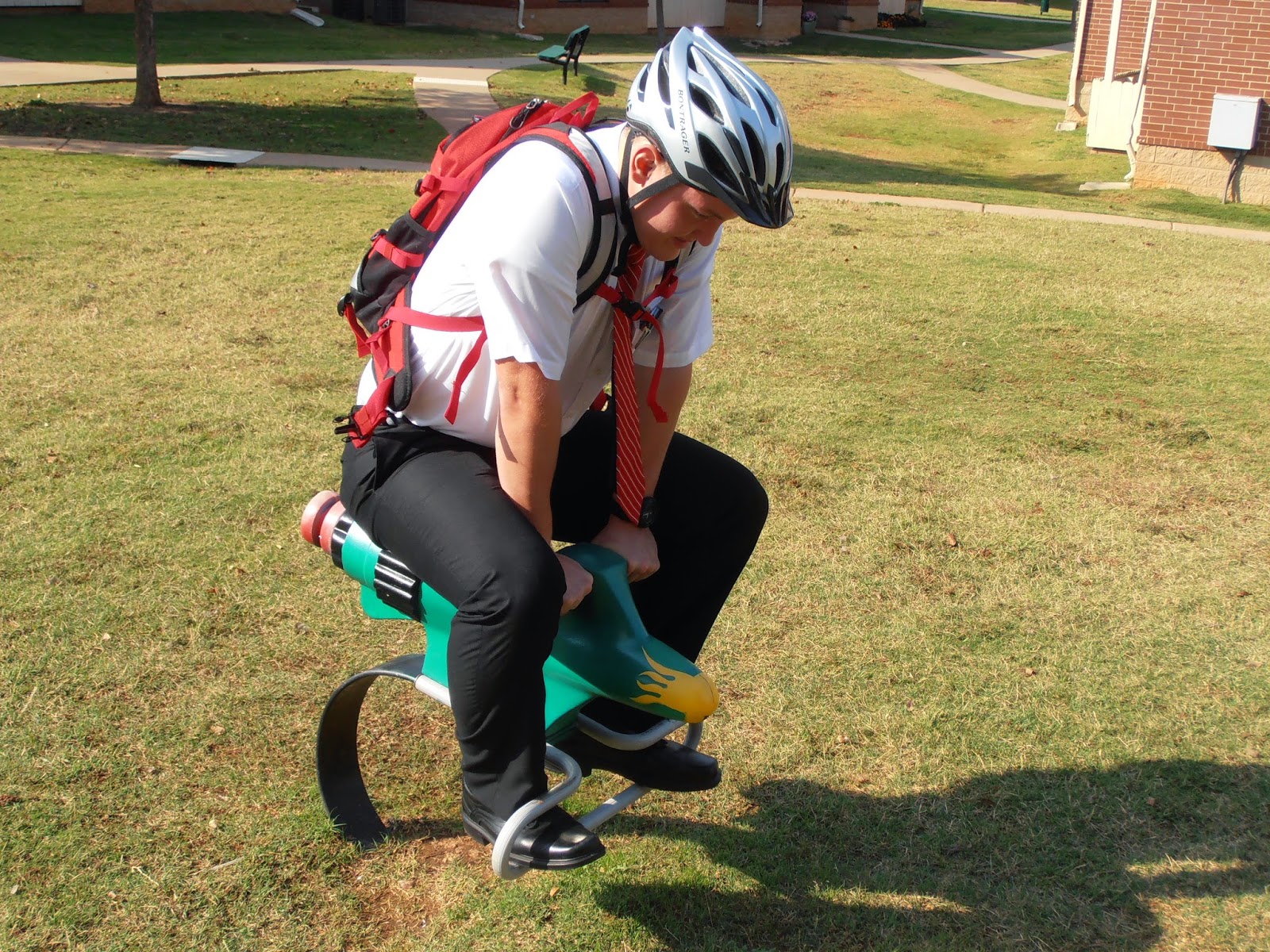 I'm thinking this is some new form of transportation but I'm not sure
Posted by Unknown at 10:24 PM No comments: 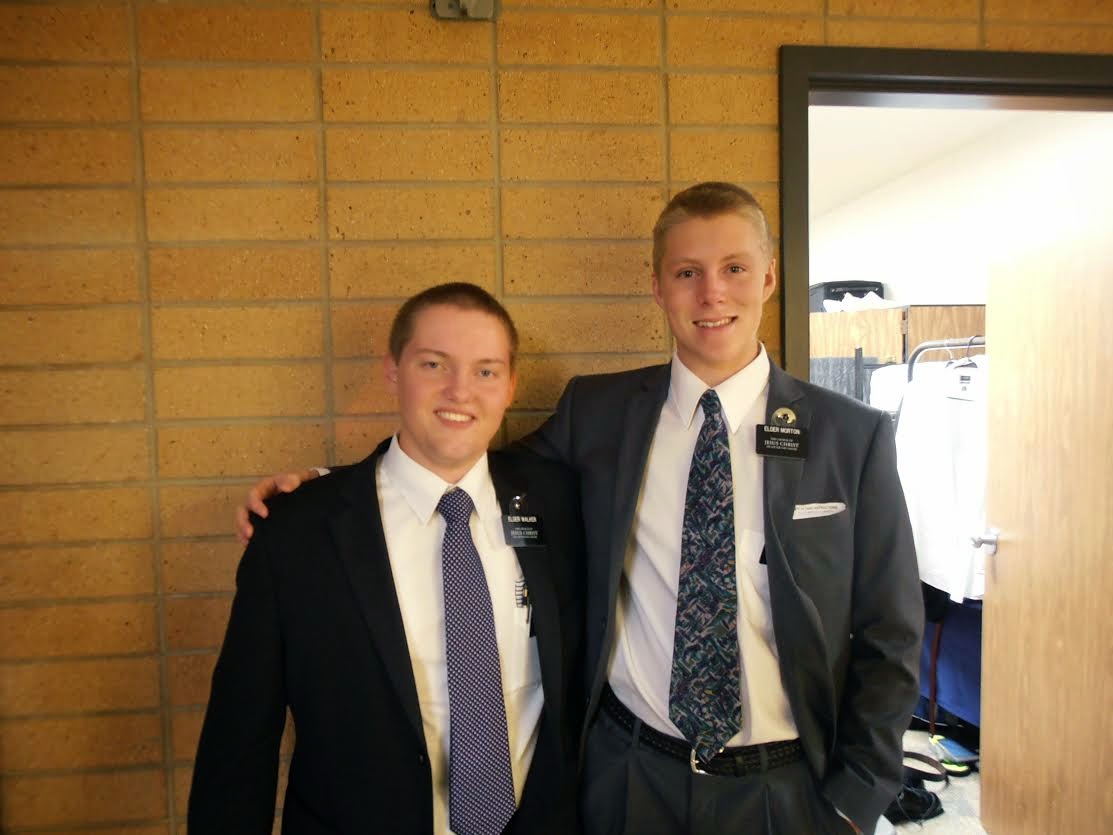 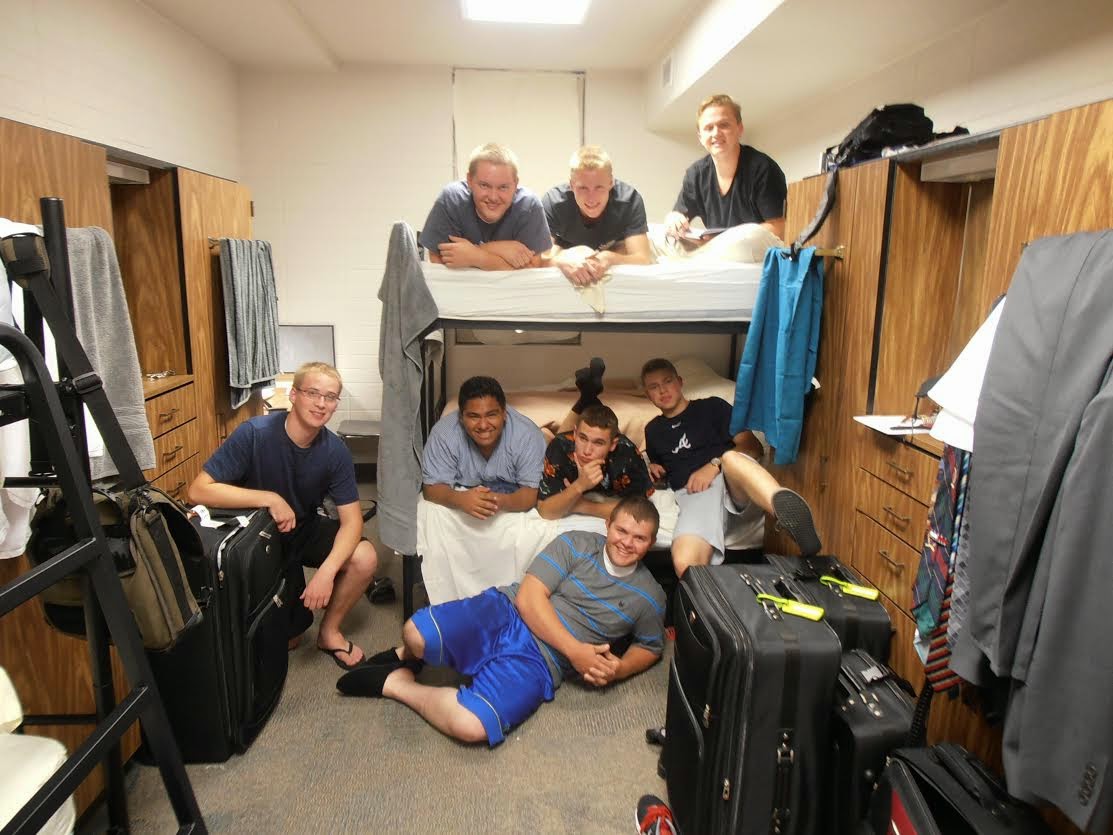 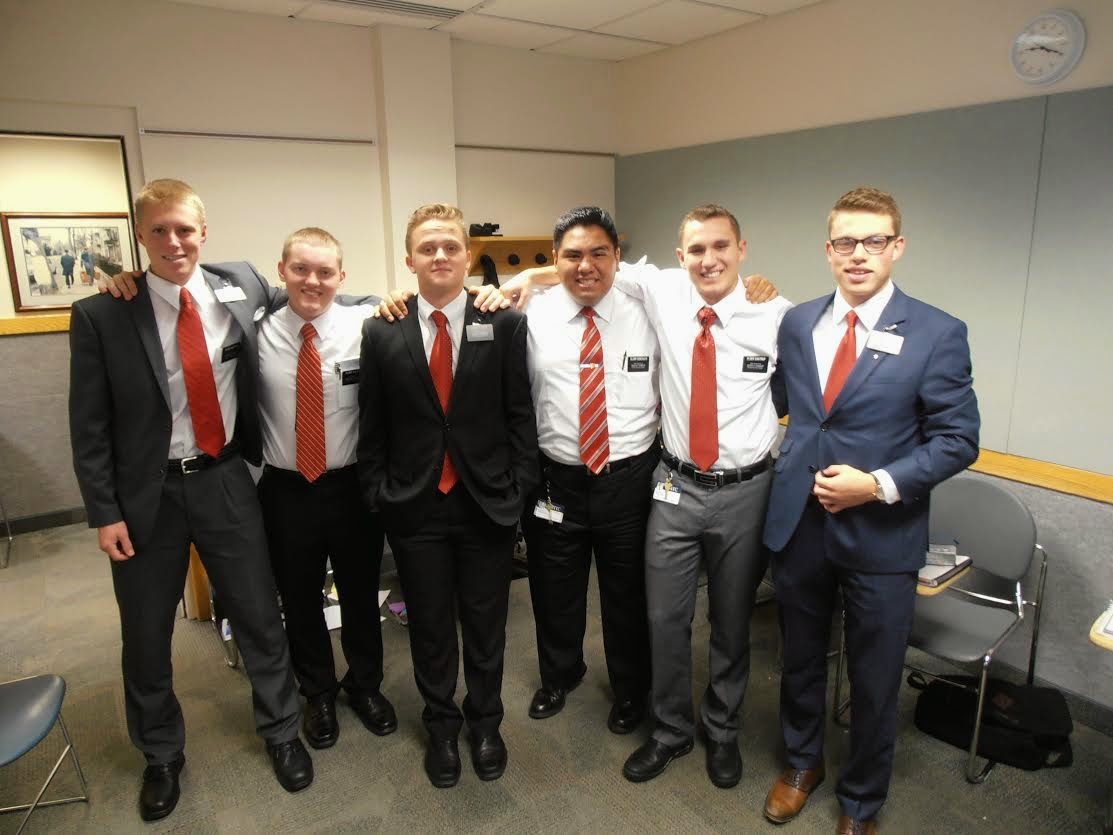 Email ThisBlogThis!Share to TwitterShare to FacebookShare to Pinterest
Hello Everybody!

Oklahoma is amazing! I am serving in the Mustang 1st ward west area (120 square miles actually) Our apartment is in Yukon though. My address is
501 Pointe Parkway Blvd. Apt 3206
Yukon OK 73099

It is so nice here. There are lots of really big trucks and everyone has a southern accent! Yes!! I am already starting to pick up some of it... dang haha oh well.

We are in a biking area so I'm putting my new bike to use! My companion is Elder Staheli (staylee) and he is amazing! He is from springville utah and we get a long very well.

The people here are so nice and caring. Most everyone down here is southern baptist and they love their bibles. Its different trying to teach people who know so much already! The only thing they need in their lives is the truth and they're good to go!

We have 3 investigators right now and we have found a few more potentials. These people here are really curious and receptive to the gospel and all have a desire to follow Christ. The food here is too good. I already had fried okra or however you spell it haha. Its alright and I'm not a huge fan of fried vegetables anyways. I probably have the nicest apartment known to man so I'm kinda spoiled. I have already seen several miracles here and come to know that the Lord does work in mysterious ways. This work is so important and I love being part of it.

Share the gospel with as many people as you can! I think about all the people I could have shared it with but I didn't and I wish I would have so don't be selfish! The salvation of their souls depends on it!

In stake conference this weekend, President Bean talked about missionary work and how it's the same as temple work. They are both so important but they go hand in hand with each other. You cannot be a great temple attender and not share the gospel and you cannot be a great missionary and not attend the temple. Then he said something very bold and powerful. You cannot expect to make it to the Celestial Kingdom and Live with Heavenly Father and Jesus Christ if you do not do your part to bring lost souls unto Christ. WOW!! Slap in the face I know!!! Anyhow just a thought for the week (: Share your beliefs with everybody!

This morning about 5am we woke up to the phone ringing. With blurry eyes we answered to hear our Elder Walker saying hi. He sounded good, tired but good. He was at the Salt Lake City airport and only had about twenty minutes before the flight started boarding.
As Quickly as we could we asked about the devotional and how the past week had gone. He said that he and Elder Gonzalez had done well in the devotional, I wish I could have been a fly on the wall.
He also said that the one day while they were in class, they heard over the speaker asking Elder Walker and Elder Gonzalez to come to the front desk. They went down to the reception area and were asked to perform the number for incoming elders and sisters. Shane said it was a neat experience.
He said his boots Carhartt jacket came in handy because they had done some service outside and it was a bit cold.
That was about it, we all said goodbye and went on with our day wondering if we would hear from him later in the day.

About 5pm we got this.

Hey guys! I made it to Oklahoma safe and sound. The plane rides went well and President and Sister Walkenhorst met us at the airport and took us to the church, they are the nicest people. All the people here are so nice and loving! Talk to you next Monday! 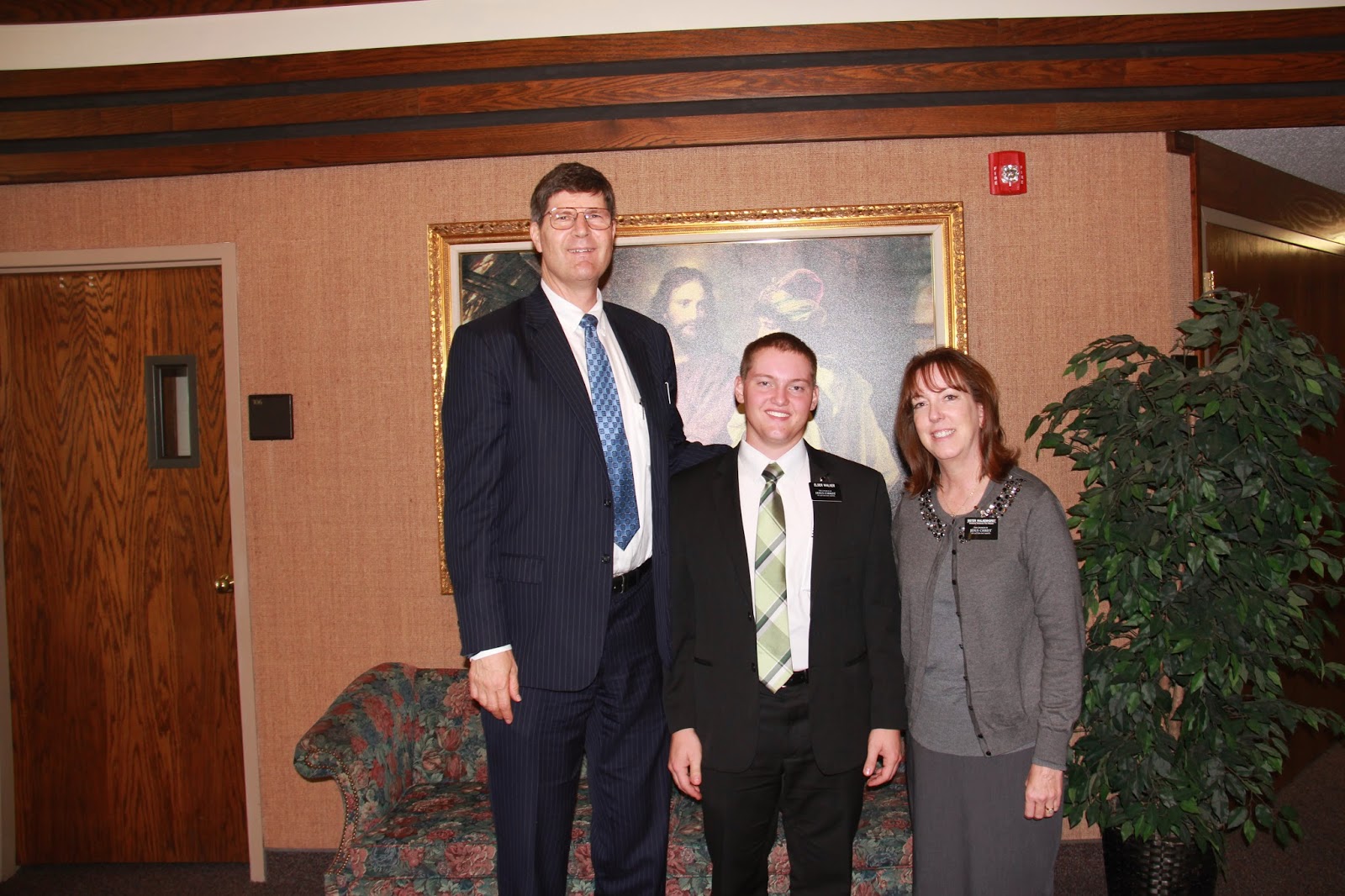 He looks tired but happy.
Posted by Unknown at 5:16 PM No comments:

Email ThisBlogThis!Share to TwitterShare to FacebookShare to Pinterest
10/‎9/‎2014


This week has flown by! We had all the new Elders come in yesterday and it's crazy to think that I was them a week ago! I have seen countless changes in myself and the other elders in my District. It literally is a spiritual meatgrinder here and its pretty tough. 6 or more hours of class everyday, service projects, teaching investigators and lots and lots of eating!

Right now we are teaching Damitric who is so excited to learn more about the gospel. We invited him to be baptized in our first lesson and he accepted pretty readily. He is already praying and reading from the book of mormon and loves it! Our other Investigator is Ben Smith and he is much harder to teach! Its like teaching a brick wall haha. but we're making progress.

Anyways I leave next Tuesday morning at 3:30am! We fly to Atlanta Georgia then to Oklahoma City. Should be interesting (:

Elder Gonzalez (another Elder in my district) and I auditioned today for a musical number in the Sunday night devotional and we got it! Im playing the piano and he's singing! We are doing "I know that my Redeemer Lives." Super nervous but we'll do fine.

I have an awesome companion and an awesome district. I'm so blessed to be here learning and teaching as a representative of Christ. I have come to learn that my purpose as a missionary is to invite others to come unto Christ by helping them recieve the restored gospel through faith in Jesus Christ and his atonement, repentance, baptism, recieving the gift of the Holy Ghost and enduring to the end. It's becoming a reality finally!

Lots of Love from Provo

Here is his first email from the MTC

Life is great here at the MTC. I have an amazing companion Elder Morton who was just called as our district leader last night. I was assigned to be the senior companion for the rest of our time here so I'm pretty excited about that. My zone leaders are Elder Cole and Elder Guiterrez and they are powerhouse missionaries!

I have two amazing teachers Bro. Mills and Bro. Stanley. They are such great teachers and have so much love and compassion for us Elders and the gospel. They are examples to us of the Missionaries we all should strive to be.

We have the opportunity to teach our first investigator Damitric today and I'm nervous. It should be a good experience for me and Elder Morton!

The food is great and the people are so loving and welcoming here. I know that this is where I'm truly supposed to be. Take care

Elder Walker
Posted by Unknown at 6:42 PM No comments: 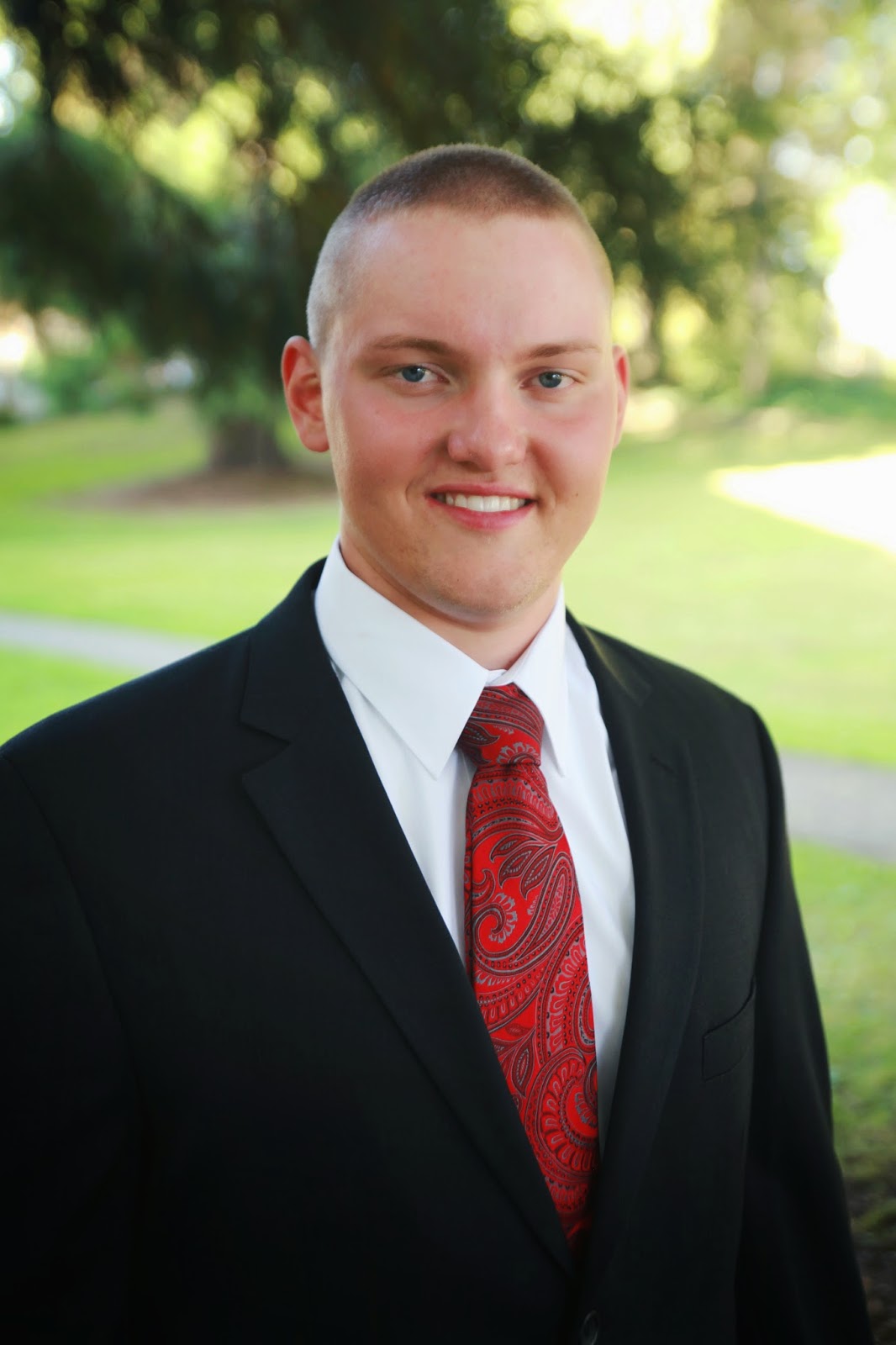 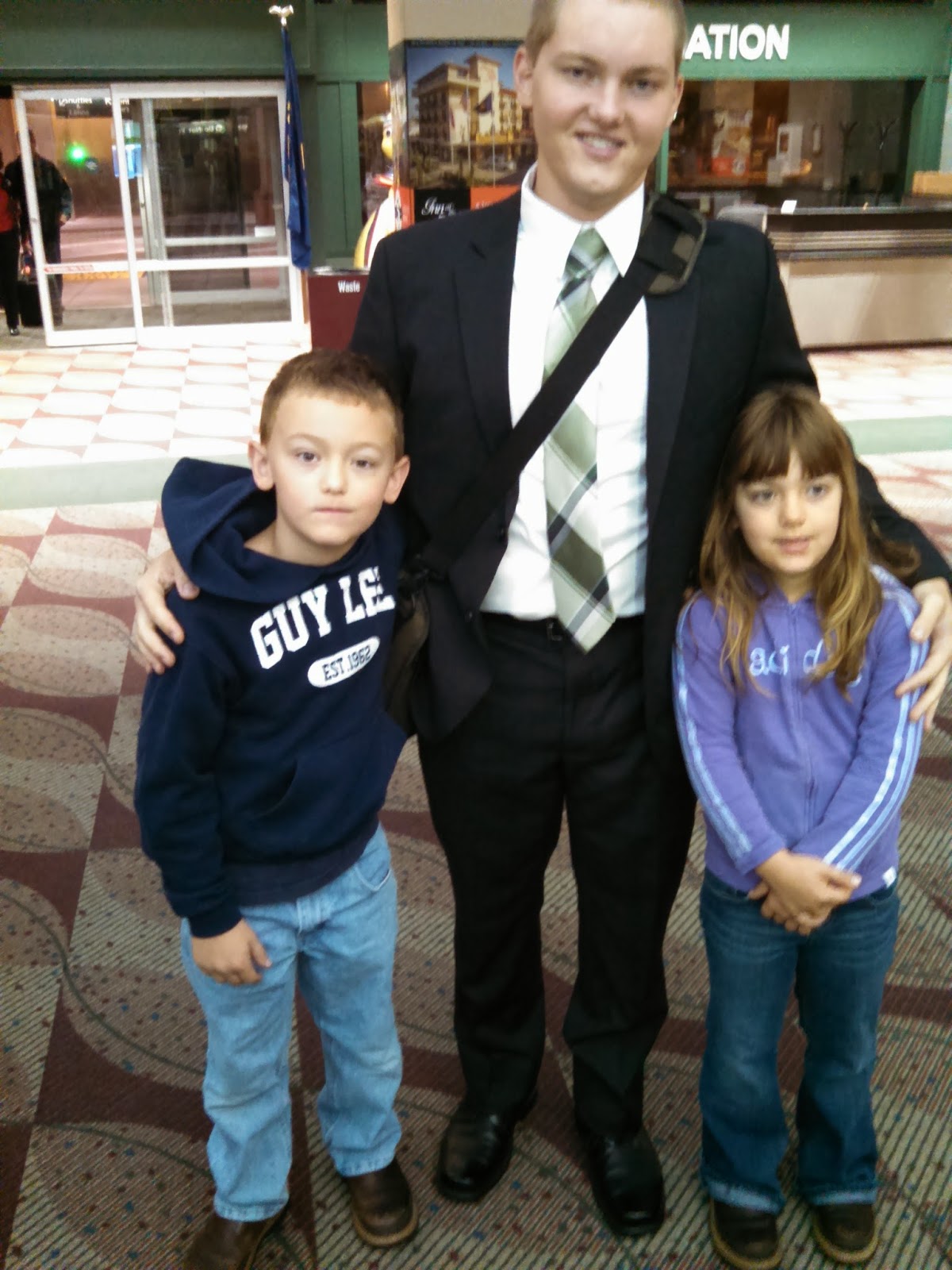 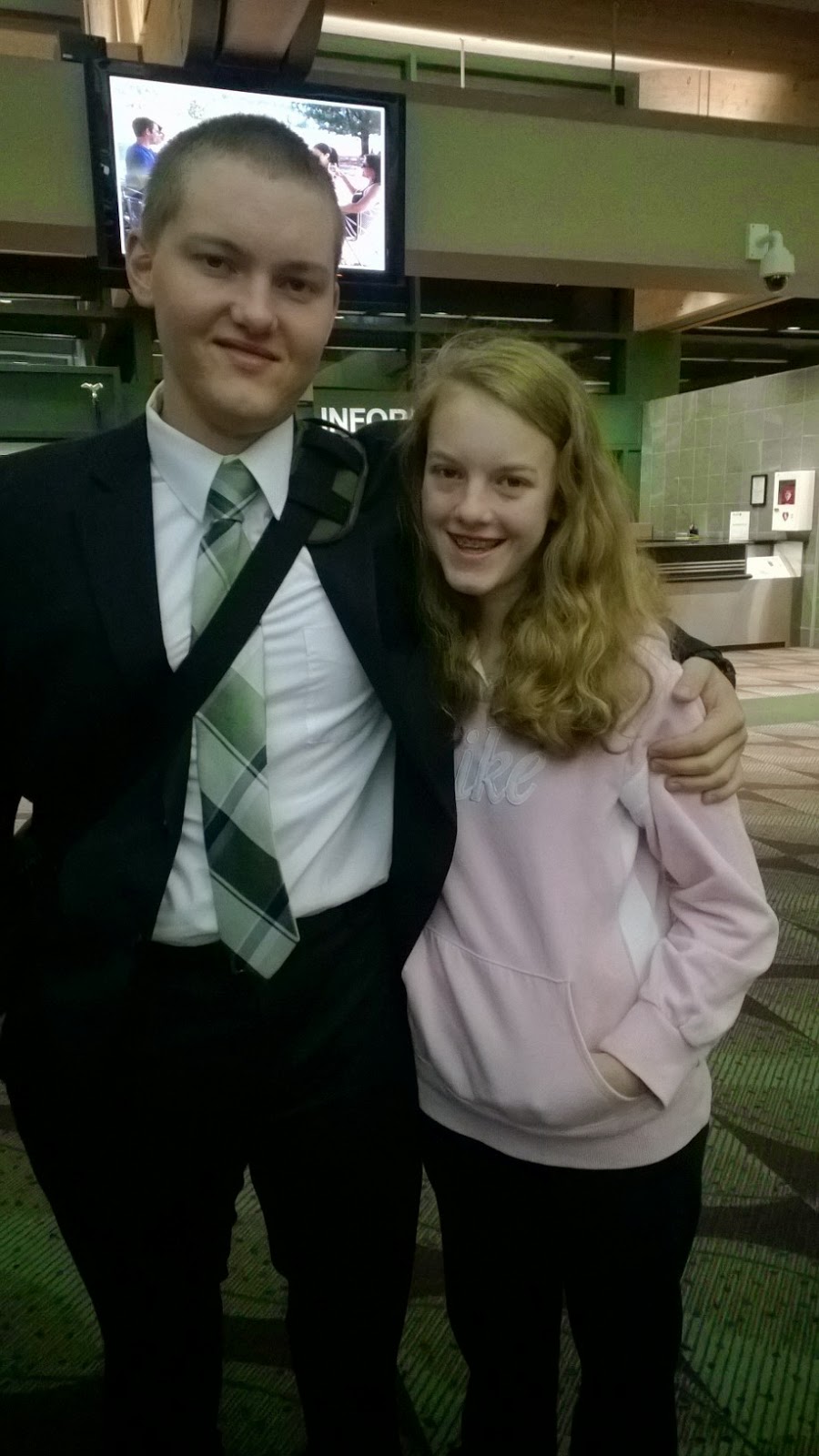 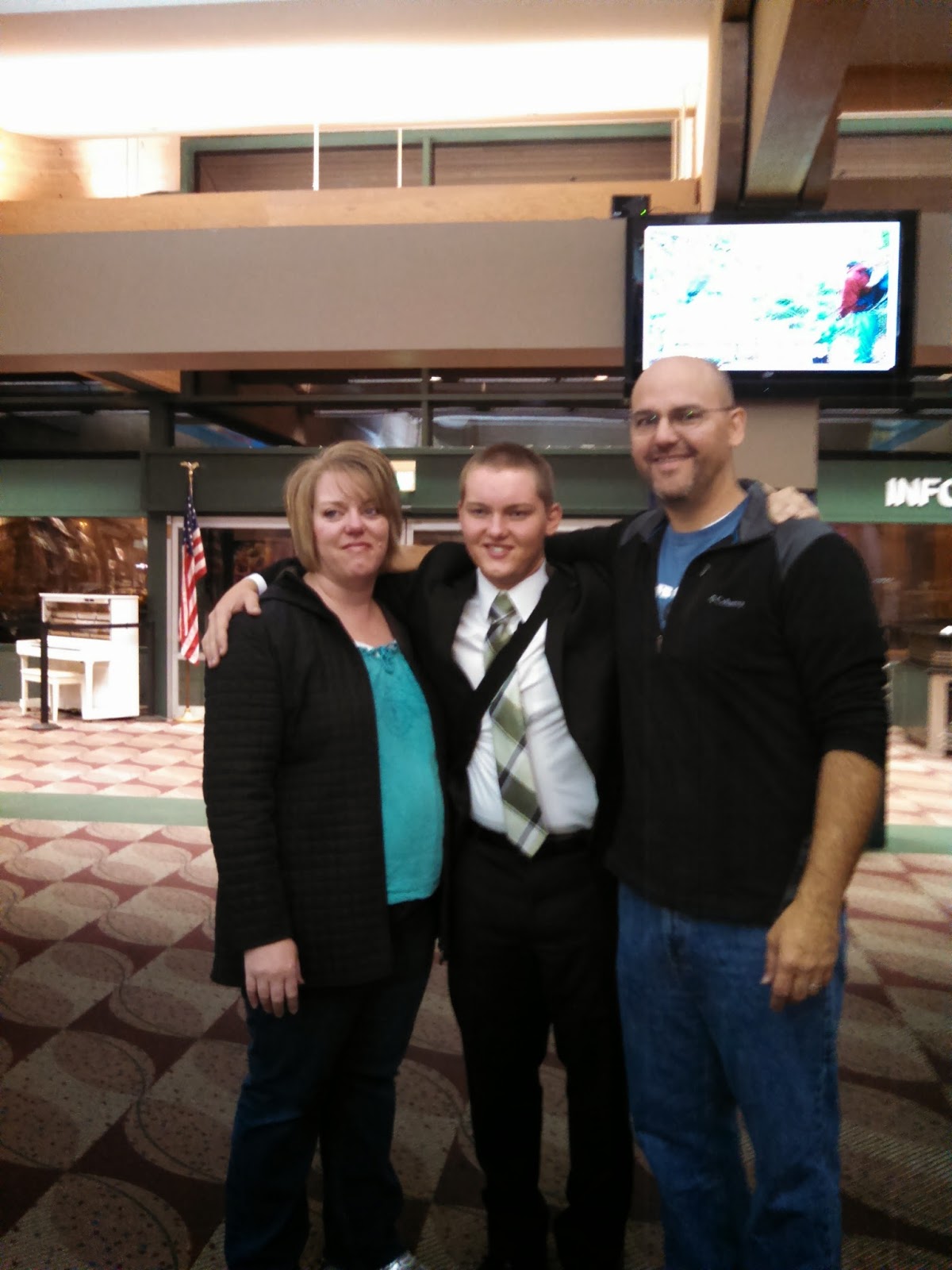 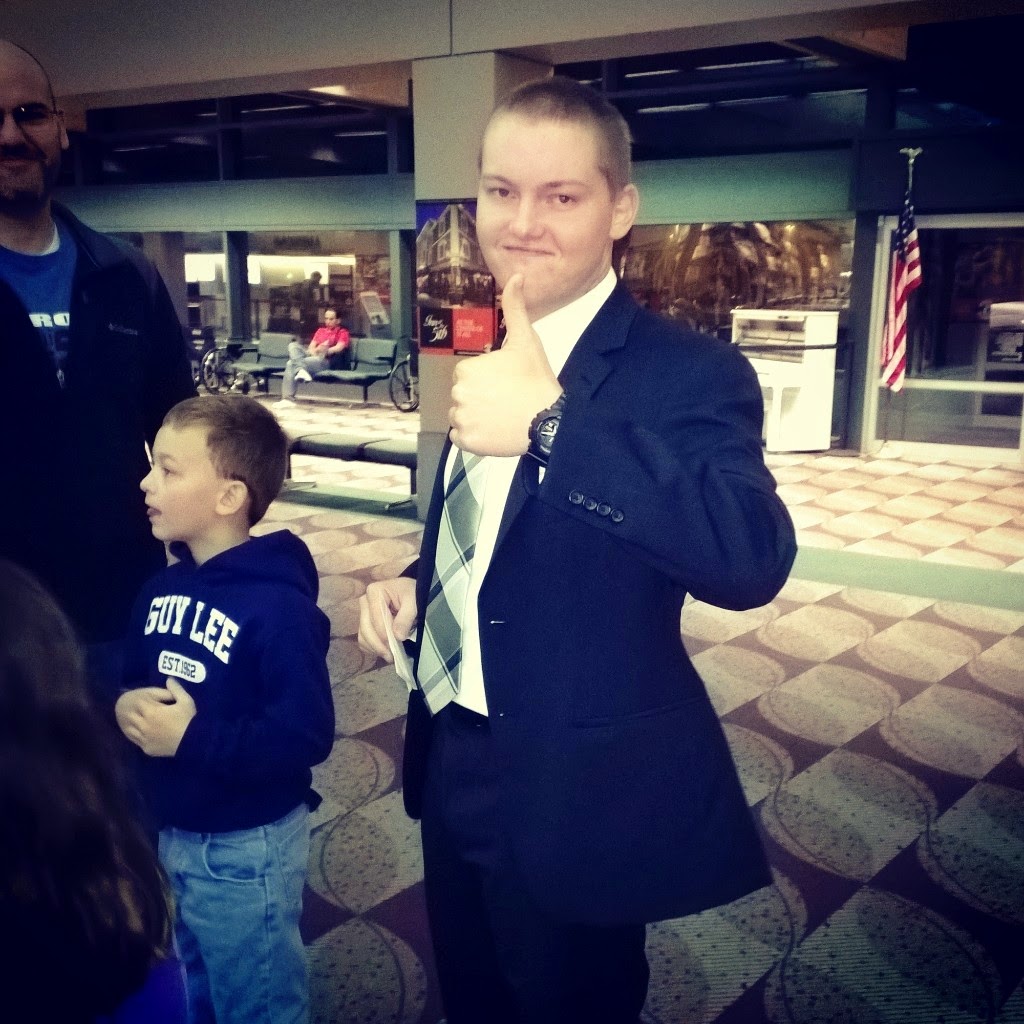 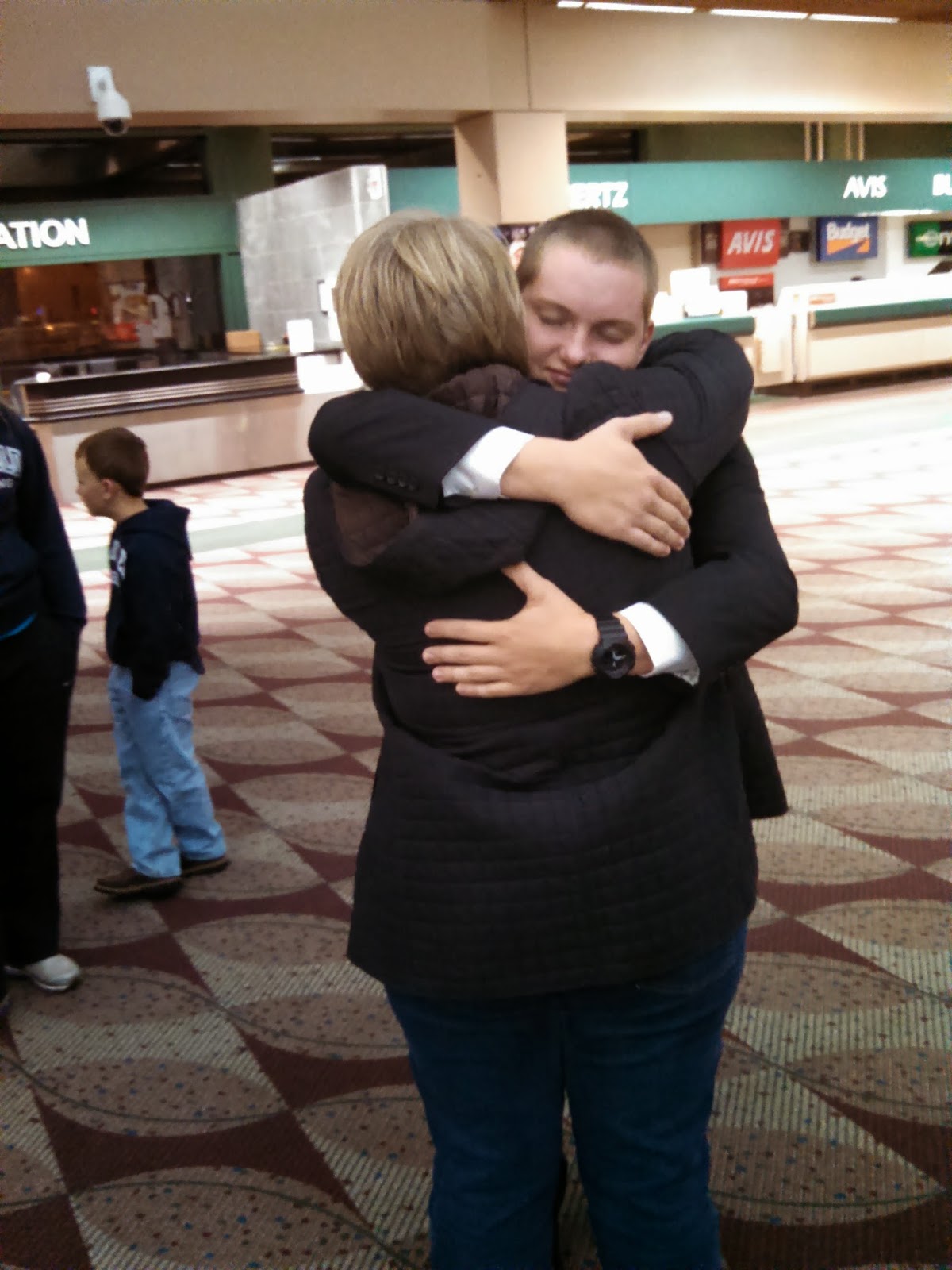 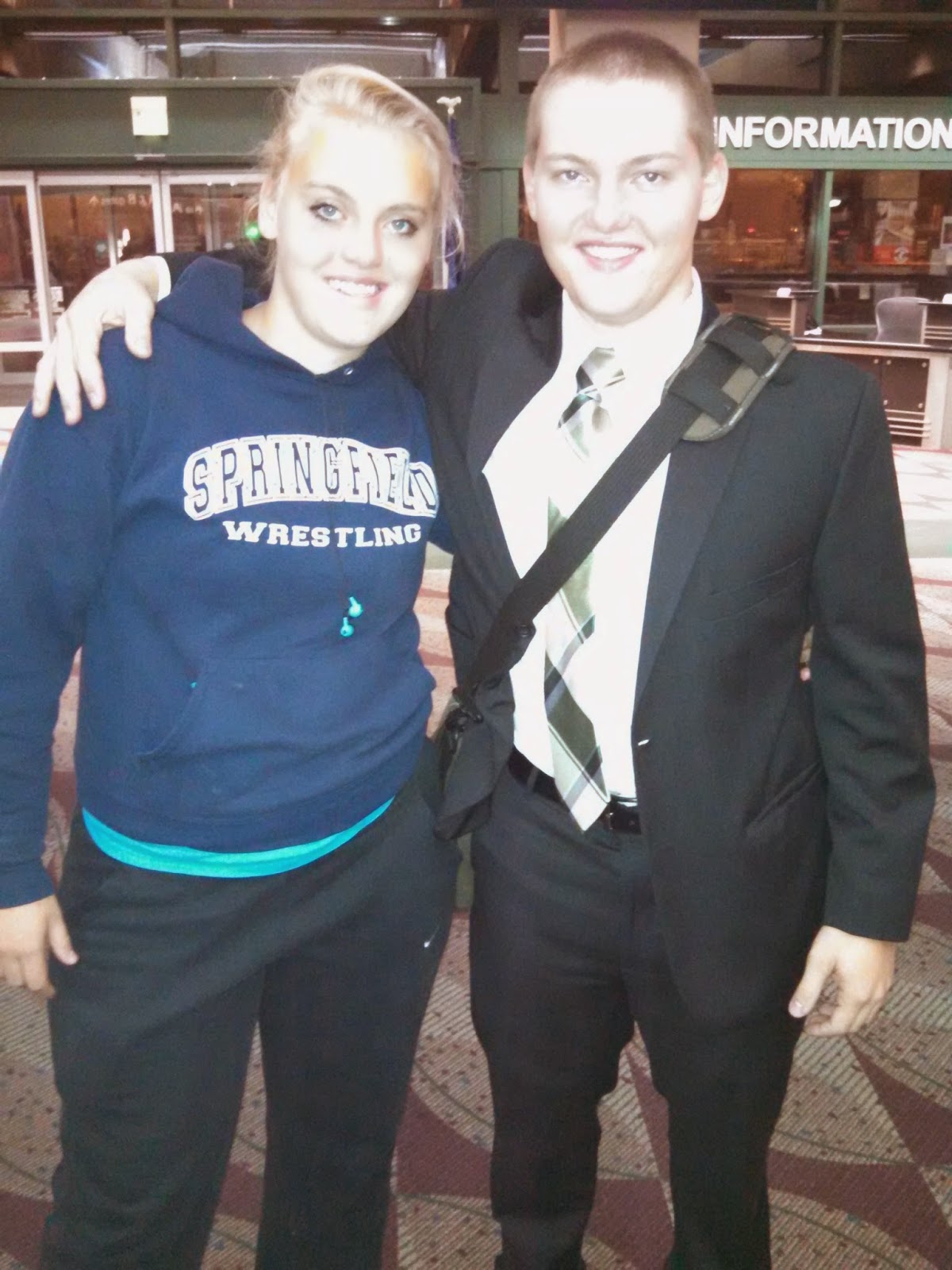 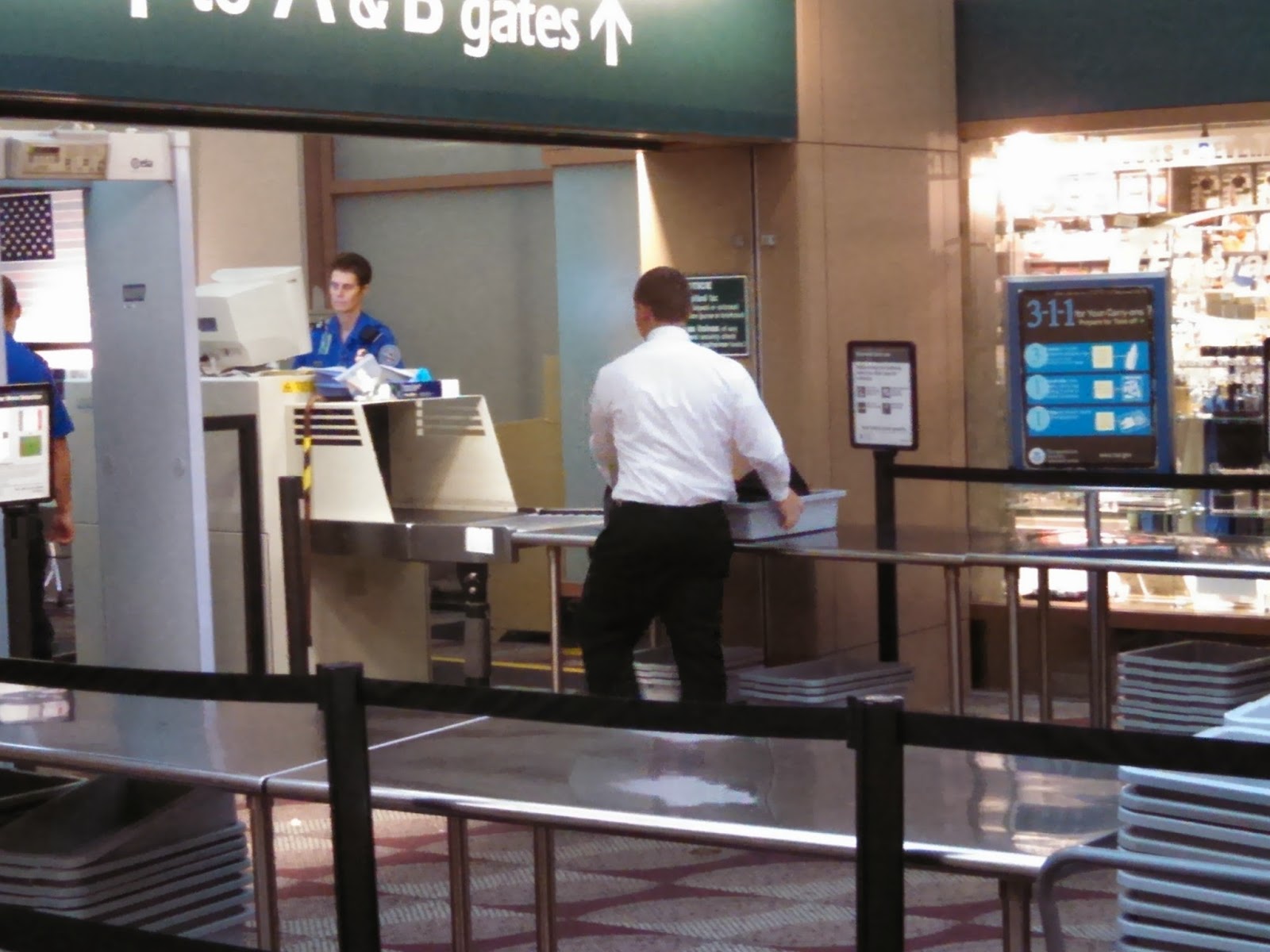 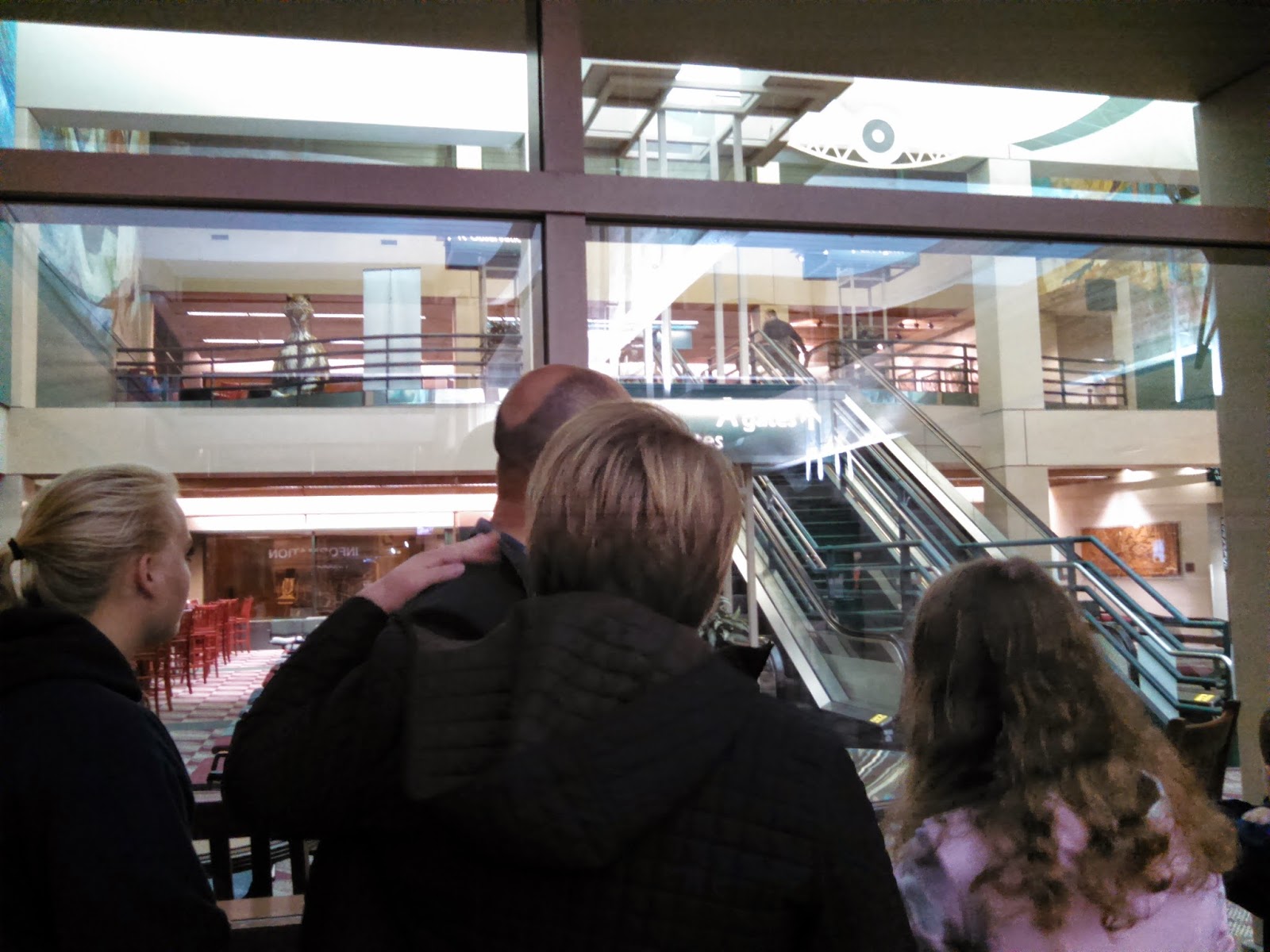 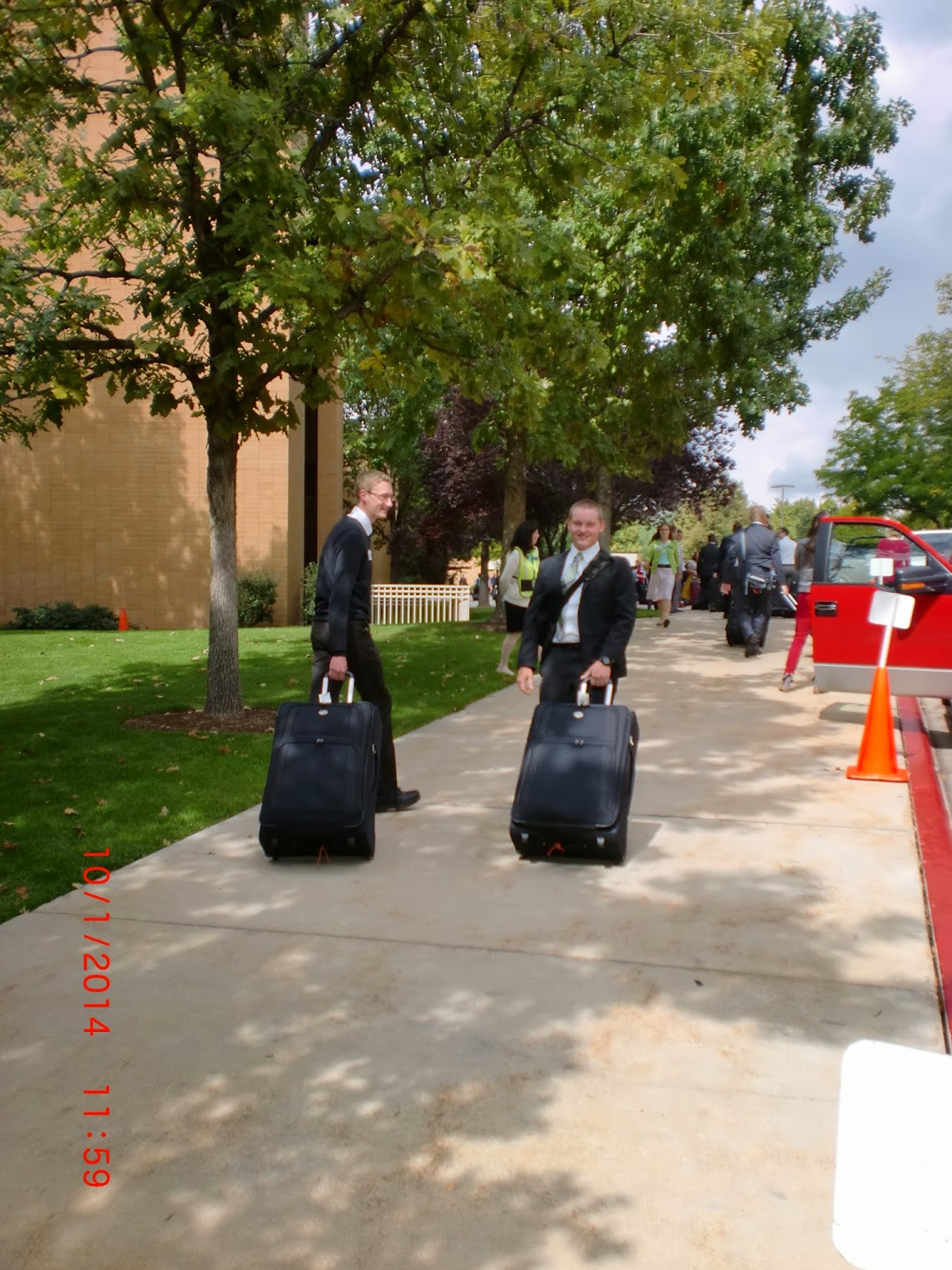 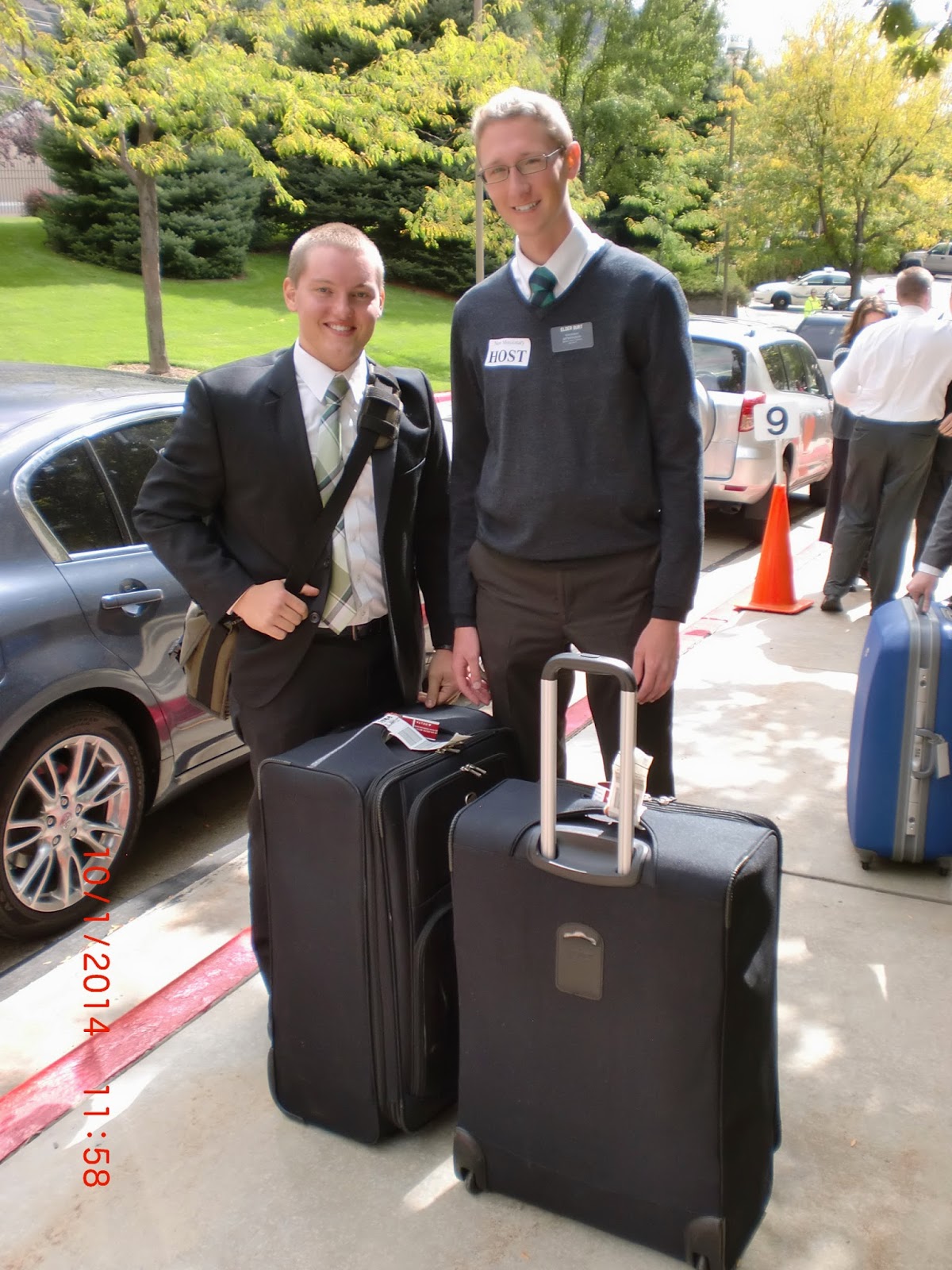 Safe and sound at the MTC

Posted by Unknown at 6:38 PM No comments: